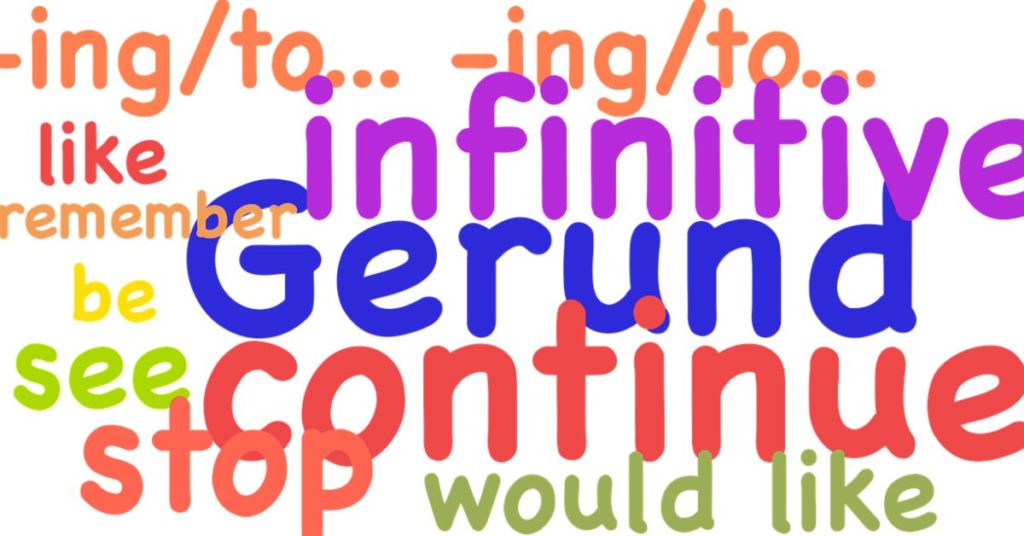 When studying Italian verb forms you must avoid the temptation of making comparisons to English. There are some major differences and by trying to find equivalent substitutions you will only end up frustrating yourself. There may be some similarities between the two languages, but verb conjugations are not one of them.

The first thing to remember is that there are some “persons” in Italian that we don’t have in English. For example, we don’t have the second person “formal,” which in Italian is Lei and uses the third person singular (he/she/it) form of the verb, although referring to a second person. Italian also has a separate designation for “you plural,” (voi), which doesn’t exist in English. In English, we say “you” whether we’re talking to one person or ten.

There are three primary groups of verbs (conjugations) in Italian.  They are grouped according to the ending of their infinitives.  There is the first conjugation (-are verbs), second conjugation (-ere verbs), and third conjugation (-ire verbs).  ALL Italian verbs fall into one of these three designations.

The majority of the Italian verb forms belong to the first conjugation group and follow a very consistent pattern. Once you have mastered the conjugation of –are verbs, in essence you will have learned hundreds (well, the regular ones, anyway). The second conjugation “-ere” verbs total about one quarter of the verbs.  Many of them have an irregular structure.  The final group of verbs is those that end in –ire and these also have some irregular conjugations, including the –isc syllables added to some forms of the verb, which we will look at later.

There are also three indefinite moods in Italian; the forms do not specify the person/subject, such as first, second, or third. They are infinitive – infinito, participle – participio and gerund – gerundio.

Moods are divided into one or more tenses, which tell the time when the action of the verb takes place whether it is present, past or future, of which there are several variations. We won’t be discussing all of these at this beginner level, only the most important which will serve us effectively 90% of the time.

There are six different Italian verb forms for all of the Italian verb tenses in the four finite moods; each verb form corresponds with each of the six persons used as the subject.

Learning all eight Italian verb forms for every verb could be a daunting task.  Fortunately most Italian verbs are regular, meaning they are conjugated using a regular pattern, so you only have to learn one pattern. Once you have the regular verb endings memorized, the pattern can be applied to other verbs of the same group (conjugation).

You simply can’t speak Italian without the verbs essere – to be and avere – to have.  These two verbs are often used as auxiliary verbs (ausiliari) in compound verb formations, along with idiomatic expressions, and many other grammatical constructions.  You will want to become the master of these two verbs from the very beginning because it is a giant step toward learning Italian.

All verbs are either transitive or intransitive. The transitive are the verbs that take a direct object, such as in “Jessica reads a book.” (What does Jessica, our subject, read?  A book, which is our object in this example.)

Intransitive are those verbs that never take a direct object “Giorgio walks.”  (No object.  He can walk someplace, but he can’t walk “something.”)  Some verbs can be classified as either transitive or intransitive, depending on the context of the sentence.

Italian verbs, like in English, have two voices.  A verb is considered to be in the active voice when the subject of the sentence performs the action of the verb, such as Marco ha preparato le valigie – Marco packed the suitcases.  A verb is considered to be in the passive voice when the subject is acted on by the verb, such as Le valigie sono state preparate da Marco – The suitcases were prepared by Marco.  Only transitive verbs with a clear direct object can be changed from the active voice to the passive voice.

We don’t use reflexive verbs nearly as much in English as they are used in Italian.  But whether you realize it or not, you start every day with reflexive verbs (verbi riflessivi).  These verbs revert the action back to the subject such as, Mi sveglio – I wake myself; Ti alzi – you get yourself up; ci laviamo – we wash ourselves.  In Italian, reflexive pronouns (i pronomi reflessivi: mi, ti, si, ci, vi, si) are needed when conjugating reflexive verbs.

In Italian, there are three very important verbs known as verbi servili or verbi modali – modal verbs.  These verbs are potere – to be able to, can; volere – to want; dovere – to have to, must.  We will use these words often and they should be committed to memory as soon as possible.  These verbs can also take on their given meaning and stand alone.  Functioning to modify the meaning of other verbs, they can—and often do—precede an infinitive, as in this example: Voglio mangiare una pizza (I want to eat a pizza.)  “Mangiare,” and “to eat” are the infinitive forms of the verbs in their respective languages.

To the dismay of students of all levels and abilities, there is no hard and fast set of rules governing the grammatical usage of prepositions associated with specific verbs.  They are all unique and must be memorized.  Furthermore, they don’t adhere to their English equivalent verb + preposition combinations.  For example, in English we say that “I think about/of you often,” whereas in Italian it is correct to say “Penso a te spesso,” or “I think to you often.”  Don’t worry, after much trial and error these conventions will eventually be absorbed.