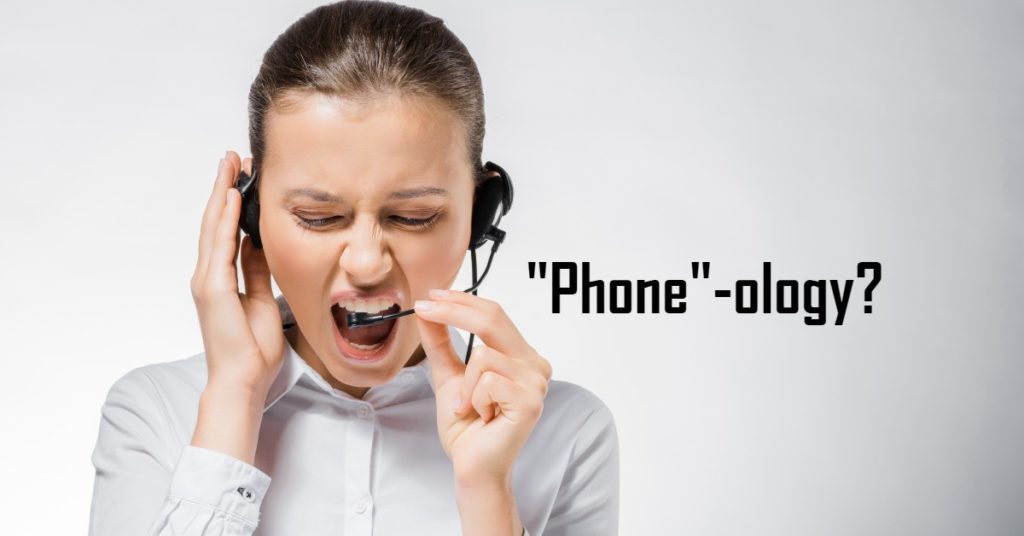 Italian phonology has notthing to do with speaking on the phone. But it is the one part of the language that you can’t really learn in a book or written lesson is practice the sounds. However, there is some good news on this front: in Italian, basically it is “What you see is what you hear.”  Italian is a phonetic language, and most words are pronounced just as they are written.

When you see a native Italian speaking, they open their mouth wide. This isn’t (always) to shout as much as it is to properly pronounce the big, round vowels.  An example (if you want to try), is when you pronounce the letter “a,” you open your mouth wide and say “ahhhhh.”

By remembering the phrase “what you see is what you hear,” you will have no trouble spelling and pronouncing the Italian words. Knowing what they mean and how to use them is another matter. But at least pronunciation is one thing that should create minimal obstacles for you as you learn this beautiful language.

Because the endings of conjugated verb forms indicate person and number, Italian subject pronouns can be left out, and in fact they should be, unless they are needed to clarify, or when they have been modified by the word “also,” or “anche,” or when there is an emphasis or a contrast needed. If you are starting a first-person comment with “io,” such as “I study” or “I walk,” it sounds as though you are constantly calling attention to yourself, so in most cases the “io” is left off.

Remember to slow down. Being fast only counts when you’re driving a Ferrari; fast does not make you fluent in the language. In fact, it may make things worse. Many of us native English speakers are notorious for slurring our words together.

When speaking in Italian, it is better to allow the Italian vowels and consonants to maintain their particular, unchanging sound. Just relax and take a deep breathe so you can enjoy the music of the language at a leisurely pace. You’re in Italy (at least in your mind), so what’s the hurry?

When it comes to adjectives, you can only say molto bene so many times before you start becoming bored with yourself. You can learn alternative ways to express yourself by including the use of prefixes, such as stra, ipo, iper, and super; and suffixes, such as one, ino, etto, ello, and accio. You will quickly increase your vocabulary by doing so.

For example, fratello (brother) becomes fratellino (little brother) with the addition of the suffix. We’ll go over more of these prefixes and suffixes in anohter post while learning about adjectives.

About the courteous form of address in Italian: there are four ways of saying “you” in Italian, tu, voi, Lei, and Loro.  Tu, for one person, and voi, for two or more people, are the forms only used with family members, children and close friends.

When speaking to an Italian, they may ask “Possiamo darci del tu?” which means “May we switch to the tu form?” after a relationship has progressed. This is the sign that you are now able to use the more “friendly” form, tu, instead of the formal Lei.  Again, we’ll have other content dedicated to this topic, as well.

Err, umm, ah, like, you know, are conversation fillers, which make you sound like a teenager. One remedy for this is to practice interjections, sentence starters, and additional useful phrases, which will help get your tongue moving and on the right track.  Allora (So then), Quindi (Therefore), etc. are common ones.

By the way, talking loudly does not make you more easily understood, it just makes you loud. Many people have a bad habit of almost screaming when asked to repeat themselves, or else attempting to add an Italian accent to their English. But don’t shout at them, they can probably hear just fine.

On the other hand, there might be times when no matter how well you say something in Italian, it may still be difficult for even a linguist to interpret your Italian phonology.  It could be what you are saying and not how you are saying it that is the problem.

The cultural differences become increasingly apparent when speaking a foreign language. If you are sure that what you are saying is grammatically correct and you are still receiving blank stares, you might try a different phrase. Italian phonology can only get you so far…

A common theme in language learning is that “translating” doesn’t always work. That’s when you might need some idiomatic expressions.

Phonology, according to Marian Nespor, an Italian linguist and author of the book Fonologia, is the part of grammar that deals with the sounds made in natural languages for communicating meaning. Basically what that boils down to is the study of the meanings of the sounds we make as we speak.

An important fact we must make clear is that there’s a difference between phonology and phonetics.

Phonetics analyzes all sound coming from human speech; the meaning and the language doesn’t really matter in this discipline. In other words, phonology is the “musical” side of languages. Phonetics may study how the letter “T” is produced and how it sounds to the listener, while phonology analyzes how the words fa (he/she does) and va (he/she goes) have different meanings, even though there is only one differing sound.

Put another way, phonology considers the sound and studies it in its context. Patterns are sought by determining which sounds contain meaning, and then it explains how these sounds are understood by a native speaker.

When you are listening to a native speaker of Italian, notice the variance in how the rhythm of the language is expressed as opposed to the rhythm of English. There is a noticeable difference between the two regarding emphasized syllables and where accents are placed, both within words and within phrases.

Phonological investigations have been conducted by linguists to study the various rhythmic patterns of languages. With the use of computer programs, the linguists replaced all the consonants with the letter “s” and all the vowels were replaced with the letter “a.” The end results showed how each language differs by only its musicality, taking the meaning of the words out of the equation.

Interesting, no? But what does it tell us? It tells us that even if our vocabulary, grammar, and pronunciation are perfect, if the “music” is off, then we can still be misunderstood.

So these more subtle barriers—which are not so easily spotted as grammar and vocabulary—relate to inflection, intonation, and knowing where to place the correct stress. They are the “musical” aspects of the language. It’s one of the things that people like most about Italian, so it’s important to understand where this comes from.

Phonology is the discipline that helps point out these less obvious keys to fluency, and they are the basis on which other aspects of linguistics can begin their contributions.

In sum, Italian phonology is a wide-ranging subject, which includes other disciplines with complicated names such as assimilation, epenthesis, psycholinguistics, and phonotactics.

Let’s stop here and not analyze it any further; to do so might spoil some of the magic. It is, however, through the understanding of esoteric puzzles like these that you can begin to “feel” what it’s like to really speak Italian, and not merely translate words and phrases like a computer program.