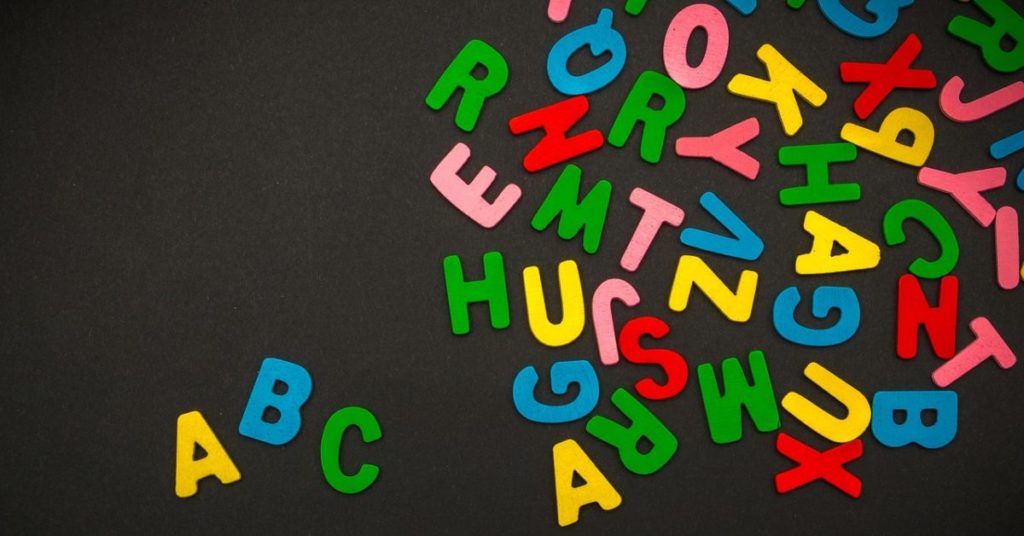 The Italian alphabet (l’alfabeto) consists of twenty-one letters, but in practice, 5 other letters (foreign letters) are also used, for words of mostly foreign or Latin derivation. In sum, the Italian alphabet is “missing” h, k, w, x, y.

In ancient times the letters had a single shape, more similar to capital letters, or our small letters depending on the writing styles.

The following letters do not belong to the Italian alphabet and are never used in the proper spelling, unless the word is “borrowed” from a foreign language:

During the Middle Ages, two different styles began to alternate in the same writing, one called “uppercase” and reserved in the titles for the initial letters of certain words, and the other called “lowercase” and used for the rest of the text. Later, lowercase letters were used together with uppercase letters in the text.

The correct pronunciation in Italian can be difficult for some learners in the very beginning.  But at least it is very standardized and stays consistent (unlike English).  Once the basic rules are understood, it is actually quite simple to pronounce each word correctly.  Italian grammar is difficult, but the pronunciation is not; the words are always spoken just as they are written.  Perhaps this explains why you’d never see a Spelling Bee in Italy!

Let’s look one more time at how to pronounce the Italian vowels, because in Italian, the vowels are always spoken clearly and distinctly—unlike in English where we tend to slop everything together.

E – has two sounds: short vowel like e in pen and the long vowel similar to ai in fair

O – has two sounds: like o in cozy or similar of o in cost

Italian vowels are always spoken in a sharp, clear fashion; they should never be garbled or pronounced weakly.  Vowels always keep their value in diphthongs—in other words, each vowel retains its own sound even when coupled with another vowel.  For example, the Italian word for airplane is “aereo.”  An English speaker might try to pronounce it “air-ee-oh,” but in fact it should be, “ah-er-eh-oh.”

Even though Italian and English use the same Latin alphabet, the sounds of the letters are often (but not always) different betwen the two languages. I’ll repeat it one last time for emphasis: Italian is a phonetic language.  This means that it is spoken exactly the way it is written without exception.  I guess I’ve made my point on that.

Much like the vowels, the sound that each consonant makes remains consistent, so once the rules are understood, it is simple to pronounce the words correctly.  Here are the step by step instructions on the way the consonants are pronounced in Italian.

The consonants B, F, M, N, and V are pronounced exactly as they are in English.

So what happens if we need to make a hard sound with either letter preceding an “e” or “i”? In those cases we insert an “h” in between:

Let’s have a look at the groups GL and GN.  The first is pronounced similarly to the double L syllable in the word “millionaire” in English, or it could be phonetically better written as “yi”; the latter is read like the Spanish “ň” with tilde.

D is much sharper in Italian than it is in English; with the tongue near the tip of the upper teeth but with no aspiration.

H is silent in Italian. In Italy, elementary school children are taught that the “h” is the “mute little letter” (la letterina muta). This means that this letter has no sound of its own. When found at the beginning of a word, it is totally silent.

“Why do they use it?” one might ask.  It’s mainly to remove any ambiguity. For example “ha” is a form of the verb “to have,” for the third person, present tense, meaning, “he/she has.”  But “a” is a preposition and means “to.” Although “ha” and “a” sound exactly the same, they must be spelled differently according to their meaning.  (And by the way, the sound for a laugh, in Italian, is spelled “Ah, ah” and not “Ha, ha”, for the same reason.)

The L sounds like it does in English except with a sharper tone and more forward in the mouth.

P sounds as it does in English, but without the aspiration.

Qu sounds as it does in English like in the word quest.

R is very different from the English; it is pronounced with one flip of the tongue against the gums of the upper teeth.  This will make the trill sound of the r.

T is pretty much like the T in English, but with no escaping of breath to go along with it.

All Italian consonants have a corresponding double consonant, whose pronunciation is similar to, but not exactly like, the single consonant.  With the double consonant, there is an ever-so-slight pause between the identical letters, which is often missed by the non-native speaker.

The mispronunciation of the double consonants can result in miscommunication and is one of the most common pronunciation mistakes made by English speaking learners of Italian.  We’ll look at this phenomenon a little deeper later with some specific examples.

Not only "learning" Italian, but start actually using the language as soon as possible.